Gold has had a significant impact on the U.S. economy, from the gold standard to the price of gold. Its value depends on its relative safety compared to other investments.

1. How Gold Affects the Economy and You

Gold's impact on the economy waxes and wanes, depending on how safe other investments are. When other investments seem too risky, gold always looks like a good hedge. In fact, you can tell how healthy the economy is from the price of gold. When the U.S was on the gold standard, the precious metal had an even greater importance.

Before gold was used as coinage, its value was recognized. Gold jewellery is buried in the Tomb of Djer, king of the First Egyptian Dynasty. Gold's beauty, luster, and malleability made it perfect for many uses. In fact, the Egyptians became masters in the art of beating gold into leaf.

3. Gold, "The Ultimate Bubble," Has Burst

Was commodities trader George Soros right when he said: "Gold is the ultimate bubble"? Soros argued that gold, unlike housing, company stocks, or even oil, more easily lent itself to speculation because it has very little intrinsic value. That could mean the high prices in 2011 and 2020 were a sign of an asset bubble. 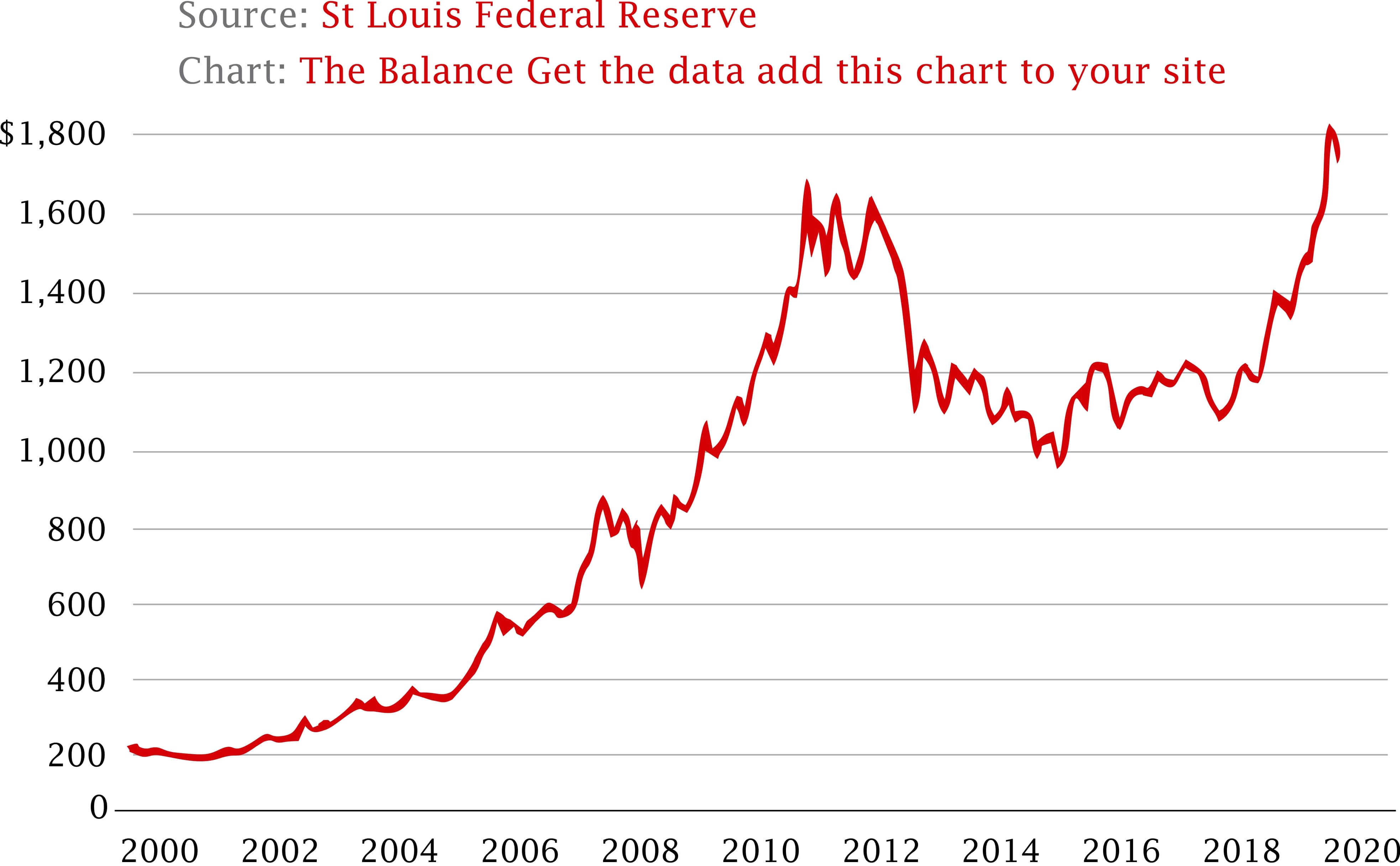 4. Three Reasons to Invest in Gold

When the price of gold shoots up, everyone wonders if they should buy it. Are you a good candidate for buying gold? Only if you have enough money to ride out any ups or downs that could last years. In fact, the higher the price, the riskier this commodity is. You never know when a gold boom will turn into a bust.

People invest in gold for one of three reasons.
1. Offset stock market declines
2. Hedge against inflation
3. Counteract a declining dollar

For these reasons, gold is often considered a safe-haven investment. But is it really? Gold is the best hedge against a potential stock market crash, according to research done by Trinity College.2 It found that gold prices increased dramatically for 15 days after a crash. Frightened investors panicked, sold their stocks, and bought gold. After the 15 days, gold prices lost value against rebounding stock prices.

For that reason, gold should be included in a well-diversified portfolio. It does protect your investments as a hedge after a stock market crash. But this protection is short-lived.

5. History of the Gold Standard

Gold was first used as a standard in 643 B.C. when the metal was used to create coins. Wealth was defined strictly by the amount of gold you had. Gold as money evolved from coins to paper redeemable by coins to a concept that was only loosely tied to its value in gold.

The gold standard helped create the Great Depression. It was modified after World War II to make the U.S. dollar the de facto world currency. But President Nixon disbanded it in the 1970s.

During the financial crisis in 2008, many longed for a return to the gold standard. It seemed that money had lost all relation to anything concrete. But the very forces that pried America away from the gold standard also meant that a return would prompt massive deflation. It would be enough to throw the global economy into another depression.