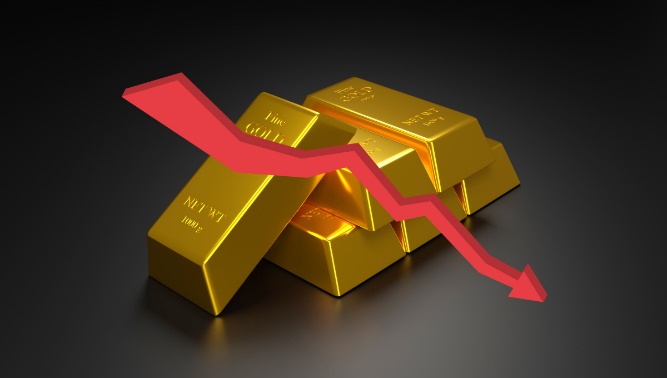 After Jerome Powell’s speech that dismissed rising inflation pressure and bond yields. The gold market saw a negative trend post Jerome Powell’s speech and a sharp fall in the gold price was seen. The trading level at which gold traded on 5TH March, 2021 was seen as a downward trajectory. It was seen that gold prices dropped below $ 1700. Gold price slumped to 9-month low after market sentiments were negative. Jerome Powell also reiterated his stance on maintaining credit loose and also informed that the rise that is seen in US treasury yields was just considerable and this situation is not a surprised situation.

Even US treasury yields surged to 1.5% and a positive effect was seen in dollar as it moved to 3 – month high

After Jerome Powell’s the impact was seen in Indian Commodity Market too. Gold Prices Traded at a downward level of Rs 44,363 per 10 gram and Silver traded at a Rs 65,500 per kg in MCX. Internationally it was seen that gold prices declined to over 2% it resulted in a continuous third straight fall weekly for gold.

India has been the world’s oldest and one of the biggest physical gold market. In India it is seen the gold consumption reaches to 1000 tonnes per annum. In recent times India’s annual gold demand is being met through gold imports.

So, in this situation gold imports, government policy towards gold import or change in policy that affects gold demand are the most important drivers of the Indian Gold Markets and sets the structure of the gold import in India.

MCX and NCDEX are India’s two active commodity exchange. Gold is considered as a safe haven in India