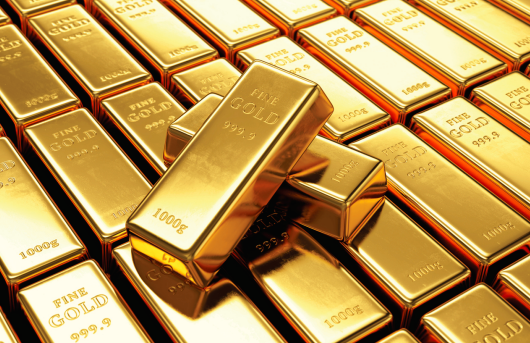 According to a World Gold Council report, bullion banking is one of the key pillars to address mulple challenges faced by India's gold market, such as a lack of quality assurance, the unorganized state of the market and a lack of trust in internaonal markets. India is virtually dependent on bullion imports to meet domesc gold demand because lile mining and only a modest level of recycling is taking place in the country, according to a World Gold Council (WGC) report.

The report tled Bullion Trade in India, part of a series of in-depth analyses on India's bullion market, says increasing import of gold doré — a semi-pure alloy of gold and silver — in the last few years has led to a massive expansion of gold refineries in the country.

Indian gold imports have connued to rise despite high import dues with official imports averaging 760 tonnes a year since the first hike in 2012. High dues have led to an increase in unofficial imports with eastern, north-eastern and southern states of the country acng as the chief conduit for gold smuggling. Gold smuggling has shied to air and land routes from the sea, the report says. In 2016-2020, imports made up 86 percent of India's gold supply while recycling accounted for 13% and mining accounted for just 1 percent. Since the first duty hike in 2012, India has imported some 6,581 tonnes of gold.

A significant change that has taken place in India's gold market is the growth in import of gold doré. In the last five years gold doré imports made up of 30 percent of total official gold imports, paving the way for the expansion of gold refining capacity in India. The number of refineries rose from three in 2012 to 32 in 2020.

Currently, some 25-26 refineries are acve, with a combined refining capacity of 1,200- 1,400 tonnes. Of these, 23 refineries imported doré in 2020 and the top five refineries accounted for more than 70 percent of India's doré imports. With lower duty on gold doré, the share of gold doré imports has increased from 11 percent in 2014 to 29 percent in 2020.

In 2020, India imported 377 tonnes of gold bars and doré from over 30 countries; 55 percent of the imports came from just two countries – Switzerland (44 percent) and the United Arab Emirates (11 percent). As doré imports have grown, refineries have become far more prominent importers, achieving a 29 percent share of India's official imports in 2020.

With bullion banks like Bank of Nova Scoa exing their precious metals business and many large bullion dealers (previously clients of the banks) seng up their own refineries, banks' share of official imports shrank from 40 percent in 2017 to 19 percent in 2020 as the business shied to refineries.

About two-thirds of imported gold is in the form of 995 cast kilobars or 100 gm bars; 999 purity bars account for much of the remaining one-third of imports. Over the last few years, 100 gm bars have gained in popularity, with increased demand from small dealers or manufacturers, according to the report.

Gold officially shipped into India comes via air into 11 cies. In addion to these cies, gold is also imported in Sri City Free Trade and Warehousing Zone (FTWZ), located in the town of Satyavedu in Andhra Pradesh.

“Bullion industry has developed over the last three decades in India with significant addion to organized refining capacity. Challenges remain, however, on doré sourcing and organized trading which act as barriers to a more acve role for banks and bullion trade in global trading and price seng. High taxes on bullion connue to be a strong incenve for the grey markets that constantly undermine all reforms to make gold liquid and mainstream,'' said Somasundaram PR, regional CEO, India, of the World Gold Council.

According to WGC, bullion banking is one of the key pillars to address mulple challenges faced by India's gold market, such as a lack of quality assurance, the unorganized state of the market and a lack of trust in internaonal markets.

“There are significant opportunies to emerge as a global bullion trading hub through the internaonal gold spot exchange (IIBX) with a thriving domesc bullion eco-system underpinned by globally recognized standards and infrastructure,"Somasundaram added.

In 2020, the average daily trading volumes on futures and spot exchanges was $69.3 billion, with gold exchange-traded funds (ETFs) generang average trading volumes of $3.3 billion. India's contribuon to these was just $1.2 billion and $3.4 million respecvely

Gold, Shining Again as Inflation Hedge, Gets Above $1,800

Almost a month aer losing its $1,800 mantle, gold is back above the key psychological bullish mark, reinforcing its role as an inflaon hedge.

For the week, February gold rose 1.1%, its most for a week since early November.

Gold's ascension came as the Federal Reserve announced its heightened concerns about inflaon in the United States on a week that the central bank laid out an expedited pathway to ending its pandemic-era smulus and raising interest rates for the first me since the Covid-19 outbreak of March 2020.

“You would be forgiven for thinking this would be a negave development for the yellow metal and, in the longer term, I expect it will be. But it's also a development that was almost enrely expected and priced in.” News of rate hikes are almost always bad for gold. This me though, traders in bullion appear focused on the U.S. inflaon story, allowing gold to play its tradional role as a hedge against that, although strong Fed acon to right the situaon could sll be negave for the yellow metal.

News of rate hikes are almost always bad for gold. This me though, traders in bullion appear focused on the U.S. inflaon story, allowing gold to play its tradional role as a hedge against that, although strong Fed acon to right the situaon could sll be negave for the yellow metal.

The U.S. Consumer Price Index, or CPI, rose 6.8% in the year to November, growing at its fastest pace since 1982, just as it did in October, the Labor Department reported last week. It also announced that U.S. producer prices jumped by a record 9.6% year-on-year in November.