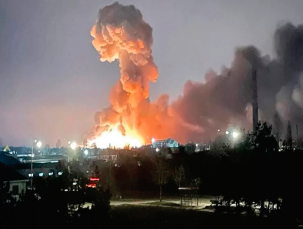 COMEX gold trades modestly higher near $1930/oz aer a 1.4 percent decline on March 2. Gold trades higher amid lack of any overtly hawkish comments from Fed Chairman as he expressed support for rate hike while indicang that they are keeping an eye on Russia-Ukraine tensions. Safe haven buying and inflaon concerns has also kept prices higher however stability in the equity market has kept a check on the upside. Gold may remain volale as Russia-Ukraine situaon is assessed, however safe haven buying may keep prices supported, said Ravindra Rao, CMT, EPAT, VP- Head Commodity Research at Kotak Securies.

Gold prices showed some selling on account of higher US dollar. Investors are awaing Federal Reserve Chairman Jerome Powell's tesmony before the US Congress on Wednesday and Thursday for more clarity on interest rate hikes amid the Ukraine tensions and soaring inflaon. We expect gold to trade in a range bound zone this week.

Market is very volale due to the Russia Ukraine crisis. So small traders should avoid trade for some days. As per technical chart, gold and silver charts are showing some profit booking and making temporary top, momentum indicator RSI is also indicang the same on the hourly as well as daily chart. So only risky traders are advised to create fresh short posions near given resistance levels, traders should focus on important technical levels.

Gold and silver prices remained down yesterday as Fed Chairman Jerome Powell signaled a rate hike this month amid the Russia-Ukraine war. The unprecedented rise in commodies prices is warning of higher inflaon which warrants higher interest rates. Gold prices dropped around 1 percent on March 2 as the Bank of Canada increased policy interest rate and Powell reiterated the Fed's core narraon of rate hike. The slump in prices of precious metals is expected today due to ght monetary policy. Gold has resistance at Rs 51,800 and support at Rs 50,800. Silver has resistance at Rs 68,300 and support at Rs 66,500.

Gold prices traded higher on Friday as the yellow metal gained supported by fall in US bond yields along with inflaon worries with rise in energy cost. The recent surge in coal, gas and oil prices have boosted buying in gold.

Ravi Singh, Vice President and Head of Research, ShareIndia said that the Fed is expected to start raising rates by only 25 bps, which means the central bank is even behind the curve in its inflaon fight and that should be good for gold.

"Investors are looking out for more clues on US interest rate hikes as Fed Chair Jerome Powell's Congress tesmony enters its second day," he added.

In the spot market, highest purity gold was sold at Rs 51,638 per 10 grams while silver was priced at Rs 68,015 per kg on Thursday, according to the Indian Bullion and Jewellers Associaon.

The spot prices of gold have jumped as much as Rs 1,500 per 10 grams in the last two weeks, whereas silver has surged about Rs 4,250 per kg from the prices during the period under review.

“We expect gold prices to trade sideways to up for the day with COMEX Spot gold support at $1,920 and resistance at $1,970 per ounce. MCX Gold April support lies at Rs 51,200 and resistance at Rs 52,400 per 10 gram," said Tapan Patel, Senior Analyst (Commodies), HDFC Securies.