NEW DELHI: Gold futures fell on Thursday morning, as the dollar stayed stable after the comments made by the US Fed Chair Jerome Powell in his testimony to the US Senate Banking Committee. Silver futures fell over half a per cent in early trade.

Powell said the Fed is not trying to engineer a recession to stop inﬂation but is fully committed to bringing prices under control even if doing so risks an economic downturn. 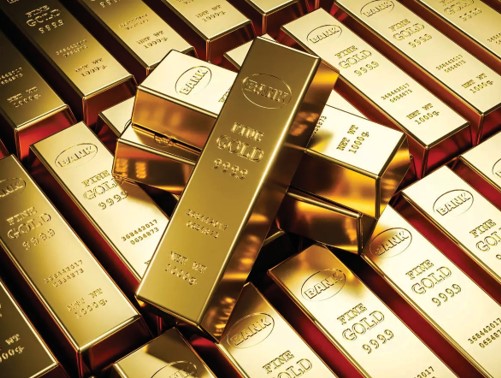 The dollar index, which compares the greenback against a basket of six major currencies, stayed almost ﬂat at the 104.12 level. Gold shares an inverse relationship with the dollar.

In his testimony, Powell acknowledged that a recession was "certainly a possibility" and events in the last few months around the world had made it more difficult to reduce inﬂation without causing one. Analysts said the safe-haven demand may keep a cap on the downside in gold prices.

A Reuters poll showed the Fed will deliver another 75-basis-point interest rate hike in July, followed by a half-percentage- point rise in September, and won't scale back to quarter-percentage-point moves until November at the earliest.

Although bullion is often seen as an inﬂation hedge, higher interest rates and bond yields increase the opportunity cost of holding gold, which yields nothing.

In Delhi, Mumbai, and Kolkata, silver is trading at Rs 60,200 per kg. In Chennai, Bengaluru, Hyderabad, and Kerala, one kg of silver is currently selling at Rs 66,000.