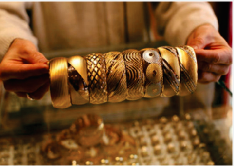 However, today gold rates in Indian markets have eased to some extent, in line with global trends. Chicago Federal Reserve Bank President Charles Evans has stated that they are quite focussed on inflaon rates and he is looking for inflaonary pressure to fall.

Fed's policy stance to push gold price down over the next few years, says Capital Economics

Despite worrying inflaon levels, gold is not likely to surge over the next few years as the U.S. Federal Reserve begins to ghten its monetary policy stance, according to a report by Capital Economics.

"While our forecast that high inflaon in the U.S. will be more persistent than the markets expect should ulmately mean that investors demand higher inflaon compensaon, we also believe that a modest ghtening of the Fed's monetary policy stance will drag real Treasury yields a bit higher. That should be enough to cause the gold price to fall over the next few years," said Capital Economics assistant economist Kieran Tompkins. 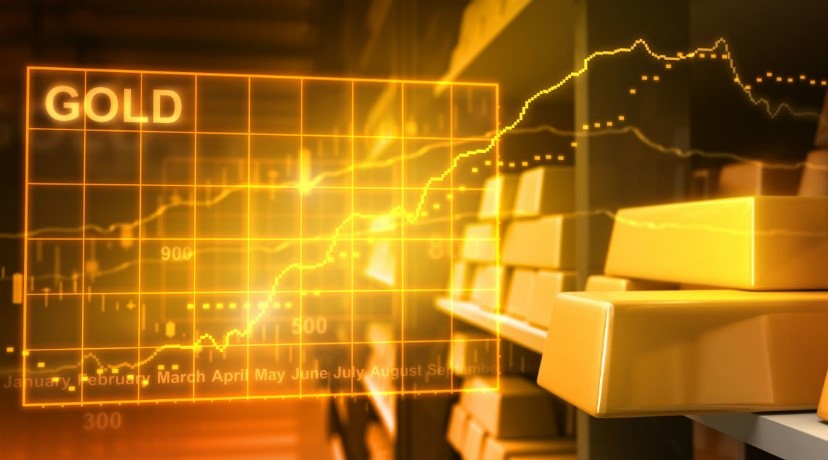 Gold does have a history of performing very well during periods of high inflaon. But the key to gold's success is how persistent the price pressures are over the long term.

"While gold has performed very well as an inflaon hedge in the last decade and a half, even outperforming the rise in the U.S. CPI, it has been less reliable over shorter periods. That is because it depends on whether short bouts of high and/or rising inflaon have any impact on long-term expectaons for inflaon and interest rates," Tompkins said.

As economies have reopened across the globe, inflaon has started to surge. In the U.S., price growth accelerated to a 31-year high in October, running at 6.2% on an annual basis.

"Rising inflaon is generally bad news for financial markets. In the case of equies, higher inflaon might raise the value of earnings, but that effect is usually outweighed by investors discounng the value of future earnings at a higher rate. Investors assume that higher inflaon will go hand in hand with the central bank ghtening monetary policy. It is a similar story for bonds, too, as the purchasing power of the future cash flows from bonds are eroded as inflaon picks up," Tompkins wrote.

This inflaon fear has brought gold back into the spotlight this fall as prices climbed back above $1,800 an ounce, and analysts are now targeng the $1,900 level.

"Gold is considered as an inflaon hedge … The metal can be likened to a zero coupon bond that is held in perpetuity with infinite duraon … Since gold effecvely has a fixed nominal yield at 0%, its price won't downwardly adjust to higher inflaon and expectaons of ghter policy if expectaons of the stance of real monetary policy are unchanged," Tompkins noted.

On top of that, it is also a self-fulfilling prophecy. "If there is collecve belief amongst market parcipants that a certain asset will hold its value during periods of high/rising inflaon, then market demand will rise in those circumstances. As a result, the collecve belief raises the price and makes it an effecve inflaon hedge," he added.

Gold's reliability as an inflaon hedge is only quesoned when inflaon surges for short periods of me, the report pointed out, nong that this is their base-case scenario for next year.

“And because the increase in inflaon this year has generally been described so far as transitory, there hasn't been a rise in long-dated U.S. real Treasury yields. Indeed, these have even fallen slightly since the beginning of the year, reflecng expectaons from investors that the Fed won't need to ghten the real stance of monetary policy very much to bring inflaon back to target," Tompkins said.

Capital Economics projects that the Fed will begin ghtening its monetary policy next year, and inflaon will average 3% in 2022 and 2023 in the U.S., which will weigh on gold. "We do think that there will be a modest ghtening in monetary policy, causing real U.S. Treasury yields to grind higher," Tompkins added.